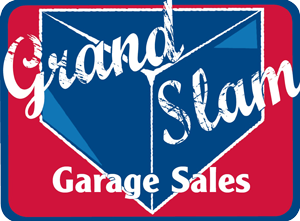 Garage sales can be goldmines for everyone involved. If you’re the seller, you can make a pretty penny on something you had no idea was worth all that much, provided you get someone who knows a thing or two about antiques, etc., to help you price your items before you sell. If you’re the customer, you can come across some incredible deals or even something most people would never guess is actually a treasure.

In 2007, a family bought a small, rather plain ceramic bowl at a local garage sale. For the next few years they used it as a mantlepiece decoration, but eventually they began to wonder about its history and they decided to consult several experts about it. As it turned out, that nondescript little bowl came from another continent and was over a thousand years old, dating back to the Northern Song Dynasty. Despite having bought it for just a few dollars, the lucky family sold their find for $2.2 million to a dealer and collector named Giuseppe Eskenazi.

The Declaration of Independence

Yes, you read that right. In the early 1990s a man who thought he was buying a nice replica of the original Declaration of Independence spent a grand total of $4 at a Pennsylvania flea market on one of the 500 official copies from the Declaration’s first printing. It’s worth mentioning that of those 500, only 23 were known to have survived at all. The historical document eventually sold for $2.42 million.

Warren Hill made an incredible deal in 2004 when he paid just a dollar for a plain acetate in a cardboard sleeve that had the words “Velvet Underground” scribbled on it. Warren decided to find out a bit more about the disc and soon found out that his purchase was in fact a demo of the first album the Velvet Underground ever made and which had been rejected by Columbia Records at the time. Warren ended up making almost $25,000 from the sale of the disc.

What was the greatest, most valuable thing you’ve ever bought at a garage sale?

About the Author: admin